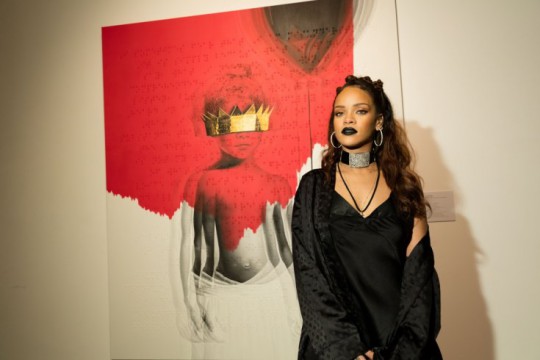 Rihanna follows in the footsteps of Beyonce and Rita Ora and has according to rap-up.com “inked an unprecedented $25 million deal with Samsung.”

According to sources at the New York Post, the Rihanna deal was seven months in the making and took longer than expected because Rihanna made some last-minute changes to her album Anti.

Jay Z and Jay Brown helped close the deal. Jay Z was pictured leaving the Samsung offices earlier this month, prompting various news outlets to jump to the conclusion that he was selling TIDAL, when he was reportedly there to discuss the Rihanna partnership.