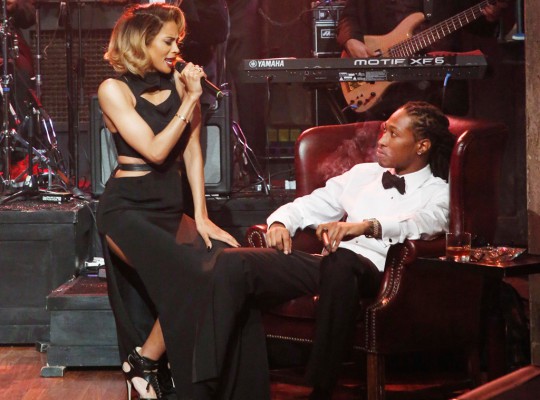 New developments are emerging in the ongoing legal battle between Ciara and Future. A judge has ruled that Future Hendrix’s tweets about Ex…. baby mother Ciara were not enough to damage the “One Woman Army” singer’s career on their own, according credible news outlet TMZ.

Whilst this may be a big win for Future, the case isn’t over. As a result, the “Thu Style.” songstress will have to provide additional evidence in her $15 million defamation suit against her one time fiancé and baby father.

What was said….“This bitch got control problems,”

Ciara has claimed that this and similar comments on Twitter have negatively impacted her career. Despite that, the judge has ruled that the posts were not libelous.

Newly wed Ciara Wilson, who is now married to NFL quarterback Russell Wilson of Seatle Seahawks, has had a contentious relationship with Future since they parted ways in 2014. The couple who were once named the second coming of Bobby and Whitney have been involved in both legal and public disputes while trying to co-parent their son, Future Zahir.

According to blog dlisted.com “Ciara alleged in her defamation lawsuit that all the shit-talking Future did cost her money and ruined her professional reputation. But Ciara’s bank account determined that was a lie. Apparently Ciara is making more money now than when Future was publicly dragging her. You can’t sue someone for loss of money when you’re clearly not suffering financially, so that page of her lawsuit was ripped out.”

*** D listed has also reported today that Ciara has dropped part of her deformation law suite.