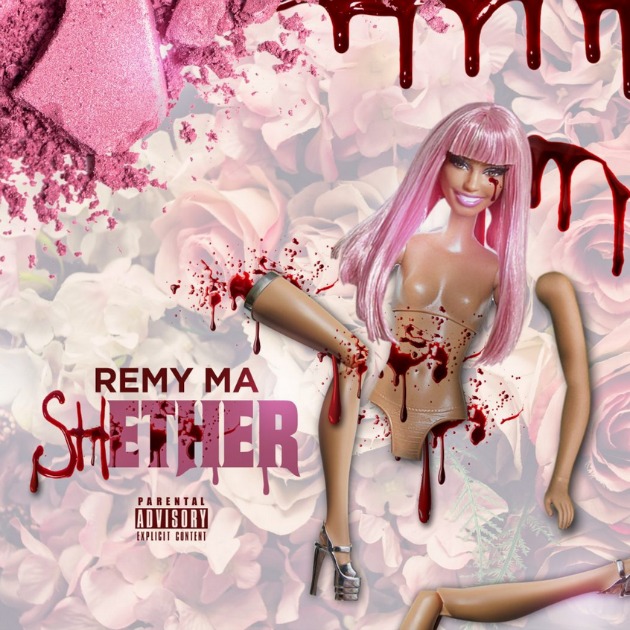 Remy Martin released a dis record taking aim at Nicki Minaj, drawing attention and revealing a number of little know facts allegedly authenticated by Meek Mill during All Star Weekend. Statements made by Remy Ma in the track which is approximately 7 minutes suggest that Meek Mill couldn’t have sex with Nicki For Three Months because her cosmetically enhanced ass dropped, Remy also lists Drake, Lil Wayne, Trey Songz, Gucci Man, and Ebro as people Nicki has slept with in the industry. with hard hitting bars like “ONly kids believe in you, you St. NickThere is more, social media has officially gone off, posting meme’s and comments about #Shether. Listen to and read the explicit lyrics from Remy Ma’s Shether in full below.

[Hook]
(I) Fuck with your soul like shETHER
(Will) You ain’t the queen, I’ll show you
(Not) Lipo your ass and belly
(Lose) I prove you lost already

[Verse]
They told you your whole career I’d come home and kill you, right? Ha-ha!
I told you I wasn’t talkin’ about your dumb

[Hook]
(I) Fuck with your soul like shETHER
(Will) You ain’t the queen, I’ll show you
(Not) Lipo your ass and belly
(Lose) I prove you lost already

[Outro]
Don’t ever in your fucking life play with me
That’s on the set!
You tried it on the Rae Sremmurd record
You tried it on your little freestyle
They was both duds, just like every other one was duds
Just like this last one was a dud
But what you not gonna do is keep subbin’ me
Big…Pun!
I send a fucking headshot, you dead, bitch!
Will not lose!