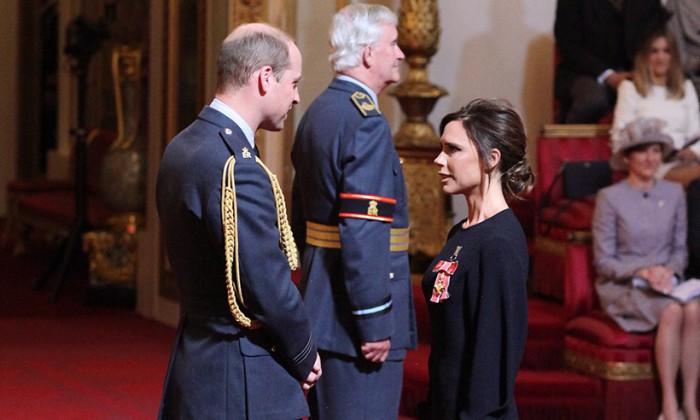 Fashion designer Victoria Beckham has been honoured at Buckingham Palace.

Victoria Beckham has been made an OBE by the Duke of Cambridge (Prince William), just months after emails in which her husband complained about being snubbed for a knighthood were leaked.

Victoria Beckham’s who rose to the highest heights of celebrity notoriety as Posh Spice received the award for her contribution to fashion after almost 17 years in the business and more than 13 years after former England captain David Beckham was granted the same title for his services to football.