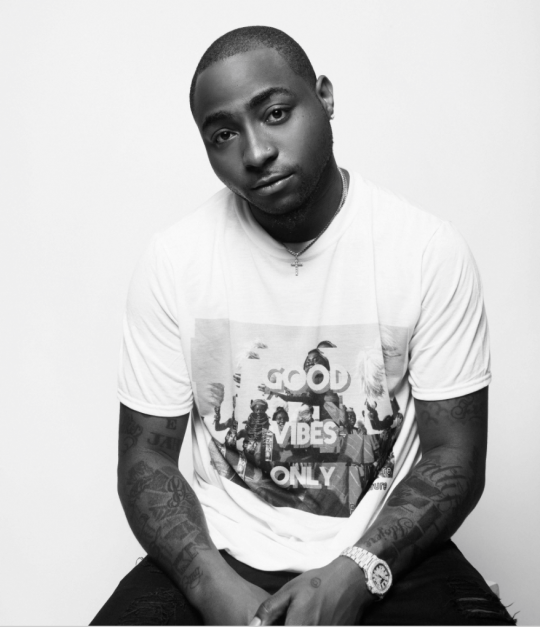 Watch Davido’s video for current single “Like Dat.” and read the press release issued by Columbia record’s regarding their global priority in full below.

2017 has been a phenomenal year for Columbia Records/Sony Music artist DAVIDO. February saw the release of ‘If’, produced by fellow Afrobeats star – Tekno, it shot to the no.1 spot in over 9 countries and dominated radio and clubs across the globe. The summer smash ‘Fall’ followed and he maintained the No.1 position in the Nigerian, Kenyan and South African charts. Championed here in the UK by the likes of DJ Neptizzle (Rinse FM), DJ Abrantee (Capital Xtra) and DJ Edu (BBC Radio 1Xtra/Radio 1), this has solidified his position as the King of modern Afrobeats. Both tracks combined have amassed over 88 million views on YouTube.

He released a track last week – ‘FIA’, which in 7 days has seen over 3 million views and is play listed on BBC Radio 1xtra. With the launch of a successful clothing line in the luxury London department store Selfridges and multiple award nominations and wins, it is safe to say this year has been a good year for Davido.

In June, Davido embarked on the ‘30 Billion’ world tour, performing to fans across the globe. Due to popular demand the ‘30 Billion’ tour will hit UK shores in February to include a headline show at the O2 Brixton Academy in London on Sunday 18th February. Tickets are available to purchase at Ticketmaster http://www.ticketmaster.co.uk/Davido-tickets/artist/2023316. Prices start from £22.50.