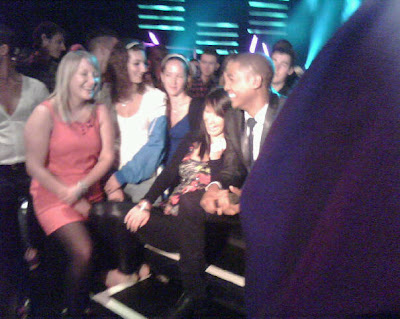 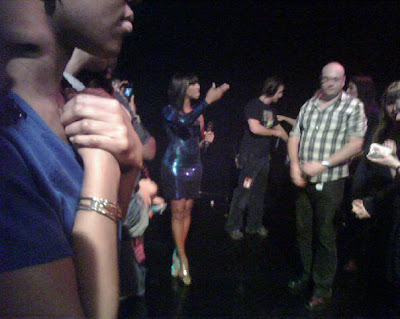 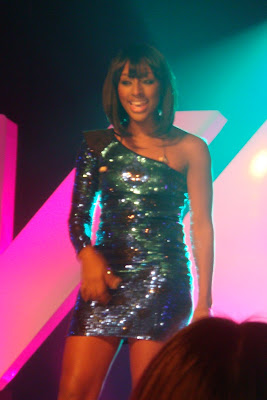 The beautiful and equally talented Alexandra Burke
All images courtesy of my camera/phone!
Hosted by MTV Presenter Rickie Haywood-Williams on Thursday the 15th October 2009, Alexandra Burke performed an exclusive live session at MTV studios. Alexandra recorded some pieces to camera for of VivaLive a new flagship music chart show for a new UK television station titled Viva. VivaTelevision is coming to freeview and will replace TMF. Alexandra wowed the studio audience with her skills as a presenter and liveperformances of Bad Boys, Hallelujah and an unreleased track They don’t know from her debut album Overcome which will be a sure fire hit. In between takes Alexandra spoke to fans,signed autographs and had her picture taken despite the fact that there was nocameras or flash photography allowed. Alexandra was pitch perfect and lookedamazing, the interview segment was an excellent part of the show. Thetaping of the show was an enjoyable experience. Alexandra really did hit the ball out of the damn park vocally and her performance to audience and camera was on point.