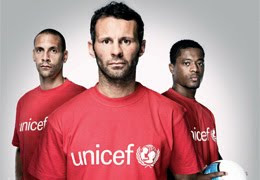 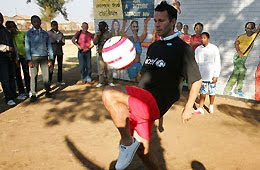 Footballer Ryan Giggs was in Sierra Leone to spread the message to the youth that Aids and HIV is real, as many people do not have access to sex education classes and others simply believe that Aids/HIV are a myth.  The Football legend knows that with great fame comes responsibility. Ryan’s great grandparents are from Sierra Leone and as an ambassador for Unicef, he has chosen to visit West African country in order to help stop the spread of HIV/Aids among young people. As premiership football is very popular the voice of an international football legend is an influential one. Ryan say’s “HIV and AIDS is having a devastating effect on children across the world, so through my position I hope to help UNICEF raise awareness about these important issues.”