Classic Films Everyone Should Watch *1 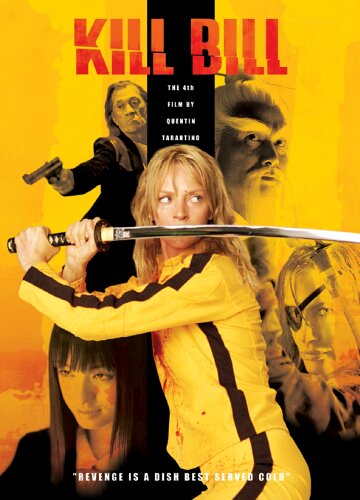 A really talented journalist is writing an article about the best classic films everyone should watch and asked i-like it a lot to contribute:


Kill Bill 1&2 Submitted by: Clifford Wilson of I like It A Lot www.i-likeitalot.blogspot.com


Kill Bill 1&2, Originally conceived as one film, it was released in two separate volumes. The movie is an epic-length revenge drama, with an extensive use of popular music and pop culture references and deliberately over-the-top violence. It is stylish, graphic and postmodern. The film is a perfect cultural mélange of eastern culture and Hollywood cinema. It’s uses amazing mise en scenes, is ambitious and has this element of no bullshit. It’s true to the conventions of a novel as it has a convoluted plot, rich visual cinematography and explicit content. Like a novel it is not in chronological order and starts in the middle, adding to the suspense. Kick as director Quentin Tarantino creates a cinematic spectacle sensory overload. Kill Bill 1&2 all star cast includes Uma Thurman, Lucy Liu, Vivica A. Fox, Daryl Hannah, David Carradine and Michael Madsen.