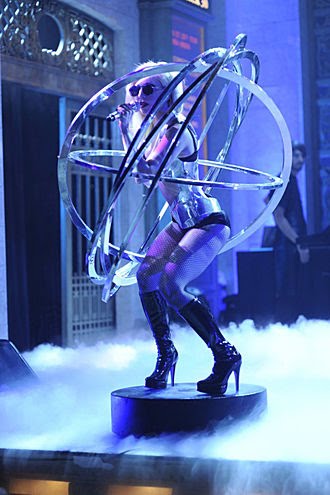 Lady Gaga Will Sing for the Queen at Annual Royal Variety Performance. One of the talented artists of the moment, the spectacular and eccentric Lady Gaga, has been booked to perform for the Queen of England during an upcoming annual event. Given Gaga’s known penchant for anything that’s shocking, the royal aides are hoping that she will tone down her performance a bit so as not to offend, insider sources say for the same publication. What is exciting about Lady Gaga is that there are few to no limits when it comes to performing live, for instance, she finished her performance of Paparazzi covered in blood and hanging from the ceiling in what was to be a make-believe suicide by hanging, all within the context of the songs theme. Another appearance saw the singer dressed in a futuristic gown, which also included spinning orbit created especially for Gaga by Nasir Mazhar. It goes without saying that Gaga understands the nature of the event and will construct some way to perform without having to compromise her artistic integrity. In a recent interview with American talk show host Jay Leno Gaga revealved that she will also get to meet the Queen herself. The Royal Variety Performance is a well-known charitable event which they support and they meet all the stars involved. The annual Royal Variety Performance will take place on December 7 at Blackpool’s Opera House. Comedian Peter Kay will act as host, while other performances will include Mika, Alexandra Burke and Michael Buble. The Fame Monster is available on the itunes online store and on Amazon now.