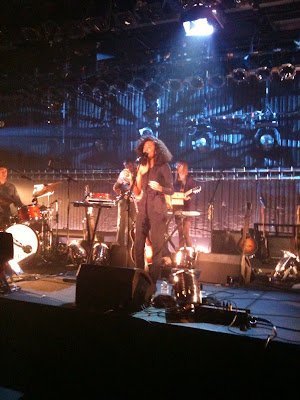 Yesterday I was lucky enough to be invited to Corinne Bailey Rae & Fyfe Dangerfield @ Barclaycard Mercury Prize Sessions at a secret central London location for an evening of live entertainment.The performances were amazing, firstly Fyfe Dangerfield and the babes entertained in with fresh songs and excellent melodies. Playing both bass guitar and then later moving on to the piano, the set was brilliant, the brains behind the guillemots showed up and showed out. Corrine Bailey Rae had a tough act to follow, but her charm and beautiful effortless and powerful voice captivated and held the audiences attention until the show was over leaving the audience wanting more, the set heavily featured beautifully produced, sensual songs which complimented the vibe of the entire evening made up of old and new songs from the enchanting new album The Sea out now.