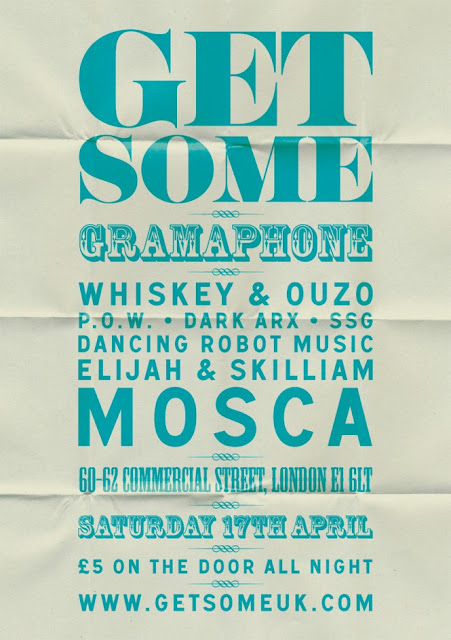 It’s that time of year again and the start of the Summer party season is just a few days away. I can think of no better way to kick it off than by attending Get Some Part 003 @ Gramaphone, Shoreditch. If you did not already know Get Some is one of my favourite nights in London. I like it a lot for the fact that the dj’s on the flyer actually know how to mix. Gramaphone is a decent venue with an amazing sound system, it’s still very fresh and low key. It’s a cool crowd with resident Dj’s playing the best House, Electro, Dubstep & Breaks. Having attended part 001 and part 002 part 003 is going to be awesome, the last event was hands down one of the best nights out in London in a long time. Check out the Get Some Official Webpage and follow Get Some on twitter and listen to SSG’s New Get Some Promo Mix, now you know, tell a friend.  Get Some 003 @ The Gramaphone, 17th April 2010