To coincide with the release of Mark Ronson’s Amazing new Record Collection Album, here is a remix of Bicycle Song. Special thanks to AYMEN.TV 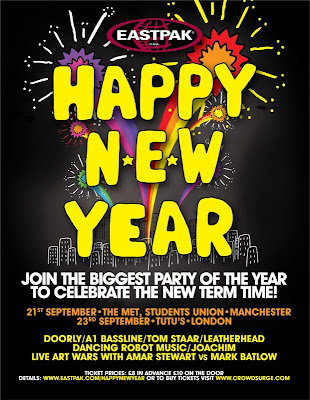 What are your thoughts?

Introducing Katy B (Many of you already are down)

Katie Brien, better known as Katy B hails from South London, an edgy, street sound that is rich and unusual in a climate populated by safe artists or artists who copy other artist (Beyonce/Rihanna world) There is no other female on the UK Music scene bringing a freshness that could be compared to what sugababes(original line up/Lilly Allen/ Rihanna) have come to represent in 2010. Most similar to Rita Ora but with more material released in the UK. Katie has originality, streetwise cool, with the ability to write and arrange her own music. Being a Singer and a graduate having completed a degree in Popular Music at Goldsmiths, University of London this year she seems to be able to express herself lyrically at a standard that is up there with Ms/ Lady Dynamite. I like it alot and am lookiung forward to the album, however there is no official website or scheduled release dates from Katy. The first time I heard Katy b was out at Yoyo, when DJ Seb? Leo? Mane Norte? played one of my favourite tracks on a mission.

Bruno Mars- Just The Way You Are (Video)

Another amazing year of carnival celebrations, special thanks to Aymen TV for forwarding me the footage.

Twister Documentary to coincide with the release of new material.

C
Chicago rapper Twista will be the subject of a new documentary produced by the Vladar Co., slated for October release in conjunction with the musician’s new album. Some have already questioned if there is space in the industry for Twister to make a comeback however, it is evident that he is versatile enough to be successful and survive in the current climate with other mc’s, Twista has always been innovative, previous stand out examples are Slow Jams ft Kanye West. They say that you are only as good as your last performance, kamikaze was a respectable body of work released 7 years ago.
Share On: Tweet Share