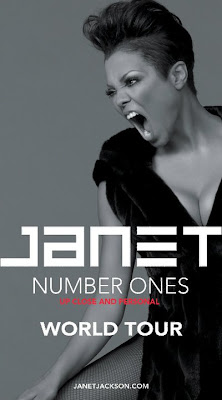 Janet Jackson is one of the biggest female a in music and with over 20 years at the top she shows no signs of giving up her crown. With icon status and tracks from 2008’s album ‘Discipline’ joining classics from ‘All For You,’ , ‘Feedback,’ and ‘Control,’ as well as many others, this Number Ones Tour has been met with great enthusiasm. According to the Royal Albert Hall’s official website “These shows will be her only appearances in the UK and allow Janet the opportunity to be up close and personal in a more intimate setting than she has grown accustomed to.” Currently there are two London dates at The Royal Albert Hall listed as Thursday 30 June and Saturday 2 July 2011 leaving space for an additional date to be added if required. Tickets are on sale now.