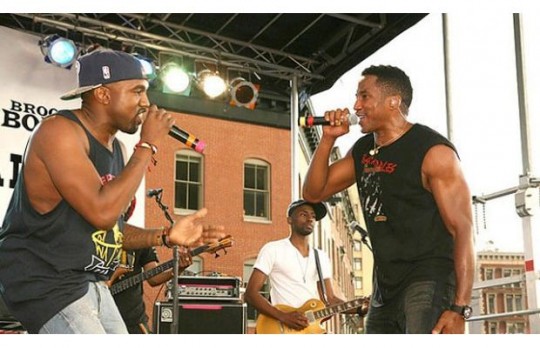 Q-Tip, the New York hip-hop legend and former leader of A Tribe Called Quest, has signed to Kanye West’s G.O.O.D. Music imprint on Def Jam Recordings. His fourth solo effort, tentatively titled “The Last Zulu,” will be released through the label in 2013. He also add “I’m excited to be a part of the great iconic Def Jam label,” Q-Tip says in a statement. “I’m humbled to be a part of such a storied history. To reconnect with [Island Def Jam Chairman & CEO] Barry Weiss is a great thing. As far as G.O.O.D. Music, I’m excited to solidify my working relationship with Kanye, and I look forward to all the opportunities that lie ahead in our partnership. I will do my best to present the most cutting edge music I can.” Below is a performance of the two Forces performing at the Brooklyn Bodega festival Kanye latest hit from his solo album My Beautiful Dark Twisted Fantasy. Just Press play already