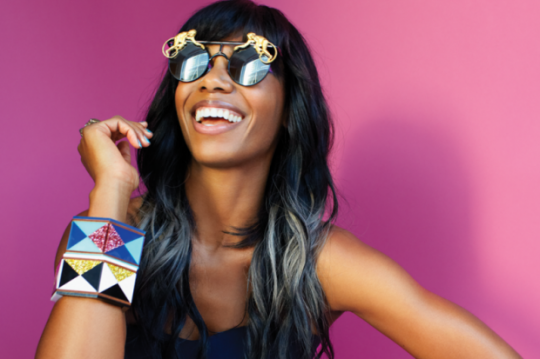 “Santigold has become one of the most visionary, kinetic, thrilling artists in pop by following her dreams. No, literally. Actual dreams have played a key role in White’s life since she was a kid growing up in a leafy part of Philadelphia. The idea of becoming a professional musician struck her while she was asleep at age 15, though she didn’t act on it until she was 25, when she quit her job as an Epic Records A&R rep to front the punky pop band Stiffed (who released one album, Burned Again, produced by Bad Brains’ Darryl Jenifer). “I didn’t see myself as a songwriter; I felt myself as a songwriter,” she recalls of the teenage premonition. “I heard music, and I was writing down all the notes and composing it. But I didn’t know how to write music.” Check out the Full Interview at Spin Magazine