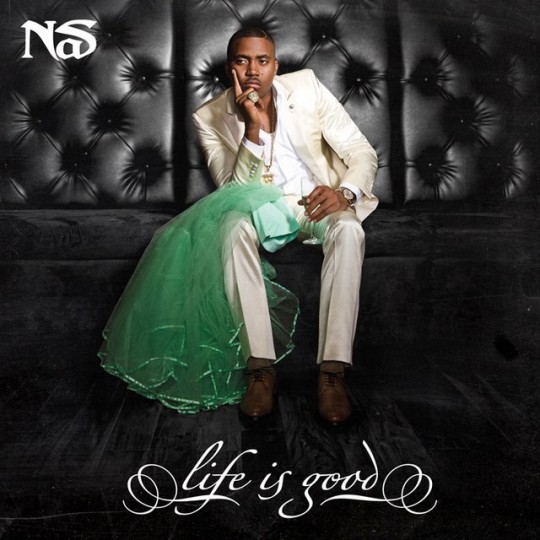 Nas revealed the cover of his upcoming album “Life Is Good”. The Goat holds on his lap a green dress similar from his ex-wife the Rnb Singer Kelis the same one that she were wearing on their wedding. The message from his very clear from the Queen’s Finest as he mention in the trailer below :
“She took her stuff out of the house and left her green wedding dress, and that was all she left,”