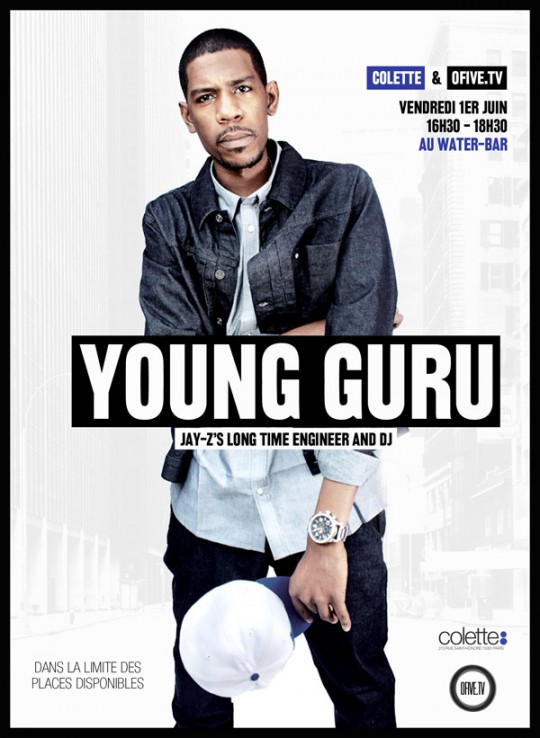 We were in Paris a couple of Weeks Ago for the Watch The Throne Concert in Paris. Passing by the Doper than cream Store Colette. “A few hours prior to the first “Watch The Throne tour” stop in Paris, Jay-Z’s legendary sound-engineer, Young Guru, stopped by Parisian boutique colette’s Water Bar and gave OFIVE.TV’s Massaer Ndiaye a two-hour plus interview in the cozy setting. The lengthy exchange allowed the two men to cover most aspects of Young Guru’s personal career, from being a campus DJ to one of hip-hop music’s most notorious gatekeepers.
In a series of three episodes, OFIVE.TV, in partnership with colette, will release every monday one part of the conversation, beginning with Young Guru’s personal lesson on all things hip-hop, then a retelling of his celebrated relationship with Jay-Z before ending with his views on what the future holds for the culture.
The anecdotes and views shared by one of hip-hop’s most privileged witnesses make the back and forth an extremely interesting watch.”