Photography for W Magazine : Smash Of the Titans 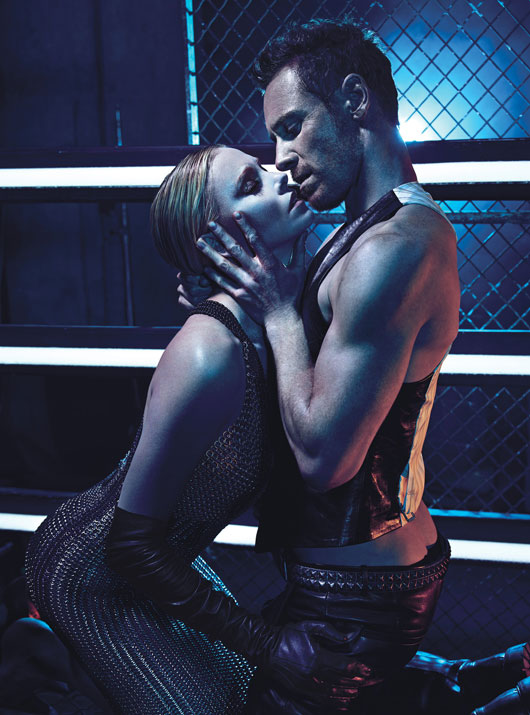 Prometheus costars Charlize Theron and Michael Fassbender go head-to-head— and more.
“In Ridley Scott’s Prometheus, Charlize Theron and Michael Fassbender play siblings of the future: Fassbender is a highly advanced robot named David, a kind of favorite son to the father of Theron’s character, ­Meredith Vickers. While Vickers overcompensate for her insecurities by being bossy, David is smooth and brilliantly manipulative. Their rivalry reveals each other’s central flaw—Vickers is too ­emotional and David too cerebral—but they share the goal of supremacy on their own terms. This essentially human conflict between the heart and the head underscores the larger themes of the film: science versus religion; reason versus emotion; the enticement of the unknown versus the evil that lurks within. Add a great many scary creatures that resemble a mash-up of male and female genitals and you have a grand existential battle amid all the sci-fi gore.” Click here to read the full interview with Lynn Hirschberg