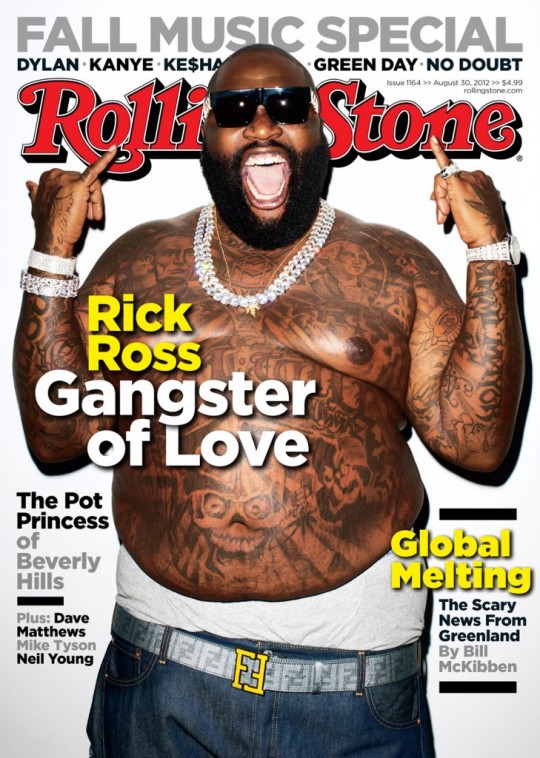 “Rolling Stone spent the afternoon with new cover star Rick Ross in his home city of Miami as he made his rounds the day after the release of his new LP, God Forgives, I Don’t. A diligent, focused Rozay visited radio stations WEDR-FM (99 Jamz) and WPOW-DM (Power 96), taking calls live on the air at the former, and greeting contest winners and running through a series of tapings and a mountain of drops at the latter, before wrapping the day with an album signing at a local Best Buy. In between, the rapper shared his thoughts on his first Rolling Stone cover. “[It’s] really one of the last magazines that I really care for, just to be honest,” said Ross. “The Rolling Stone situation was something special, you know, and I most definitely was happy to be a part of it.” Read more right HERE