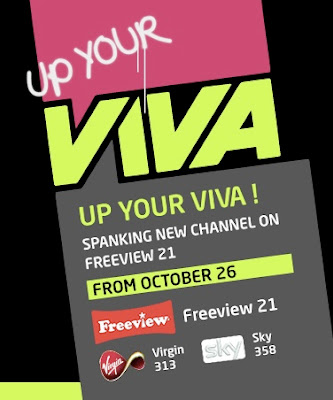 MTV presents TMF rebranded as VIVA.The launch date is Monday 26 October from 4pm. Viva boasts new episodes of The Hills and Pants Off Dance Off. There’s also a brand new racing car show called Slips that’s hosted by Huey Morgan which will see two aspiring racing drivers pimp their vehicles and then race each other, think legal drag race and true to the illegal drag race subculture rules the winner takes home both cars. X factor winner and chart topper Alexandra Burke will present as well as performing tracks from her new album. As I was at the taping of VIVA live at MTV I can confirm that she really is a brilliant vocal talent and a true performer. Alexandra performed Hallelujah and They don’t know and Bad Boys in that order.

One reply on “VIVA Television Launch: Stick It Up Your Viva”

>Thats some big ass titties what can a nigga get a lick?