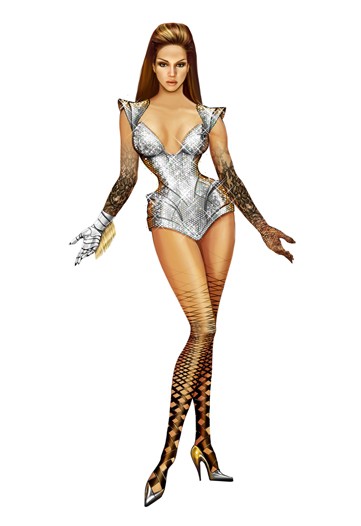 Beyonce Knowles really was not lying when she claimed that she was a “Hip hop star, a rock star”on her Dangerously In Love album. When she took to the stage at o2 London amazing fans with a mind blowing show on Monday 16th November. having attended two dates of the I Am Tour in London I can say that each and every night is an amazing show and because the vocal is live and the energy is high you never know what to expect as Beyonce constantly steps her game up, sometimes with the help of artists who have featured on some of the hottest Beyonce tracks. Monday night which was the finale of her shows at the 02 Arena London for 2009 was no exception as Beyonce set pulses raising by crowd surfing during her performance of Halo. Beyonce was note perfect and or was that was Sacha Fierce! Without a shadow of a doubt Beyonce is Wavy.

Special thanks to gracebryant for capturing this moment!